As part of our collaboration with the U.S. government, we are developing a freeze-dried version of MVA-BN® smallpox/monkeypox vaccine with an improved shelf-life and storage conditions to replace the stockpile of the liquid-frozen version. The vaccine has completed Phase 3 clinical trials and we are working to finalize the transfer of the freeze-dried manufacturing process that is the last activity to support the submission of a supplement BLA to the FDA to extend the current approval of JYNNEOS for the freeze-dried version.

Although the World Health Organization (WHO) declared smallpox eradicated in 1980, this contagious and deadly disease remains high on the list of possible bioterror threats. Unique to humans, the disease is caused by the Variola virus and transmitted from person to person through direct contact with contaminated fluids and objects, as well as through the air. Historically, about 30% of those who became infected with smallpox died from the illness. There is currently no cure for the disease, vaccination is the only proven protection.

The U.S. government considers smallpox a material threat to national security. National security concerns are based on intelligence regarding previous biological weapons programs, coupled with the infectivity of the virus, an increasingly vulnerable population due to lack of immunity, and the relative ease of large-scale production. In fact, the U.S. Department of Defense has a mandatory smallpox vaccination program for troops being deployed to certain areas around the globe.

While the only known samples of smallpox are held at secure labs in the U.S. and Russia, the U.S. National Research Council found in a 2008 report that "the creation or acquisition of smallpox is well within the technical reach of a determined and well-resourced terrorist."

Given today's global travel and the virus' long incubation period, all nations must safe-guard against this virus. A smallpox outbreak anywhere could quickly become a global, not a local, problem. 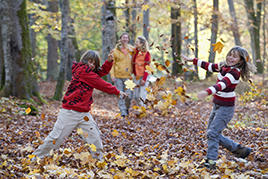 At Bavarian Nordic, we are working to lower the risk of infectious diseases.